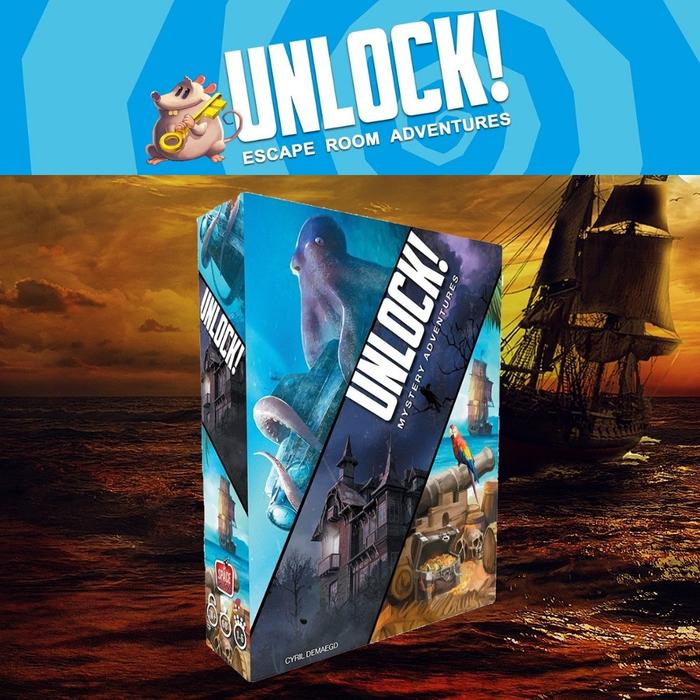 A one-time price of $36.95 will be added to your order.
11 Left in Stock
Maximum purchase amount of 2 is allowed
Categories: Games

Unlock! Escape Room games focus on more fantastical adventure settings that you would likely never experience in real life.  Unlock! is a series of escape adventures for up to six players and each boxed set has three adventures awaiting you.  With one hour on the clock, players work through a deck of sixty cards as a team, searching for clues, combining objects, and solving puzzles. The free Unlock! companion app runs the timer while also providing clues, offering hints, and confirming successes. Once the team has reached a solution and entered the correct code into the app, they will escape and win the game! 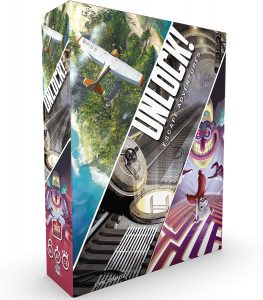 Unlock Escape Adventures
Scenario 1: The Island of Doctor Goose Visit the island of an eccentric antique collector billionaire and overcome its traps!
Scenario 2: The Formula Enter a secret laboratory to recover a mysterious serum that has been developed by a scientist…
Scenario 3: Squeek & Sausage Thwart the plans of the despicable Professor Noside in this cartoon-style adventure! 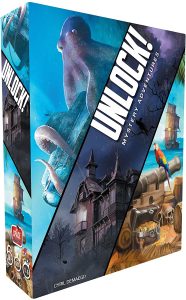 Unlock Mystery Adventures
Scenario 1: The Nautilus’ Traps   Hunt down by a sea monster during a dive, you find shelter when open an old hatch. Find a way to resurface!
Scenario 2: The House On The Hill   What is going on in this run-down manor? Explore its sinister rooms and thwart the curse which haunts this isolated place.
Scenario 3: The Tonipal’s Treasure   Capitain Smith hid his treasure on Tonipal Island. Dig it up before another treasure hunter gets hold of it! 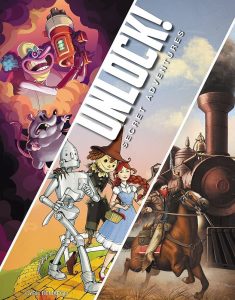 Unlock Secret Adventures
Scenario 1: A Noside Story   A thick smoke lingers over the region. Another dirty trick of Noside? Stop him before it’s too late.
Scenario 2: Tombstone Express   The train transports a precious package and you have a hunch that this trip will hardly be restful.
Scenario 3: The Adventures of Oz   Rediscover the Wonderful Land of Oz! Visit its Wizard and challenge the Wicked Witch of the West! 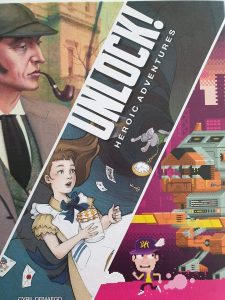 Unlock Heroic Adventures
Scenario 1: Insert Coin   Beat all the levels in this virtual adventure. Escape or it’s Game Over!
Scenario 2: In Pursuit Of The White Rabbit   Discover Wonderland and all its strange inhabitants. Hurry, Alice is running out of time!
Scenario 3: Sherlock Holmes    The Scarlet Thread Of Murder The master of detectives has a peculiar case ahead of him. Can you help him find his way through this investigation? 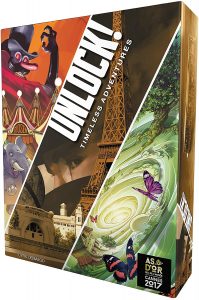 Unlock Timeless Adventures
Scenario 1: The Noside Show   The Diosen Circus is coming to town but Professor Noside has prepared a great sabotage act! Stop him. The show must go on!
Scenario 2: Arsène Lupin and the Great White Diamond   Experience a jewel race in the early 20th century Paris and take up the challenge of Arsène Lupin!
Scenario 3: Lost In The Time Warp   Professor Alcibiades Tempus’ time machine works erratically. You must return the timeline to normal!

Unlock Exotic Adventures
Scenario 1: The Night Of The Boogeyman   The Boogymen have invaded William’s dreams! Unite your forces to chase them and soothe the little boy.
Scenario 2: Expedition Challenger   Explore a valley full of dinosaurs and save the members of Professor Challenger’s latest expedition!
Scenario 3: Scheherazade’s Last Tale   The ultimate tale of the Arabian Nights. The sultan is going to sentence Scheherazade to death. Fly to her rescue! 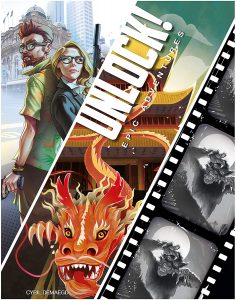 Unlock Epic Adventures
Scenario 1: The Seventh Screening   Grab your popcorn! Tonight, the horror movie “The Werewolf’s Final Night” premieres. Will you get through unharmed?
Scenario 2: The Dragon’s Seven Tests   The gold Dragons temple welcomes every seven years new disciples. Be worthy of Master Li’s teachings.
Scenario 3: Mission #07   EAGLE, the secret organization has been infiltrated. Agents, it’s up to you to identify the mole! 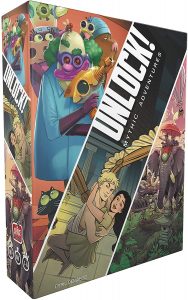 Unlock Mythic Adventures
Scenario 1: Around the world in 80 minutes   is a grand adventure inspired by Jules Verne's famous book
Scenario 2: In the clutches of Hades   You are Alix, a slave in Greece during antiquity. Gaining your freedom will not be an easy task unless you ask the Gods for help.
Scenario 3: Professor Noside's Animal-O-Matic   "The Animal-O-Matic transfers you into the body of any animal. It's not dangerous, I'm telling you! Will you stop moving James!" 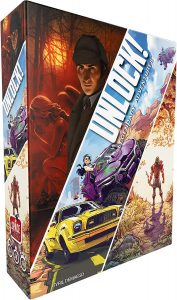 THREE CAPTIVATING ADVENTURES: In Unlock! Legendary Adventures, players will work together to stop Stella, the criminal mastermind, in a white-knuckle adventure of explosive proportions, team up with the Merry Men to free Robin Hood from the Sheriff of Nottingham, and help Sherlock Holmes solve a peculiar murder case. 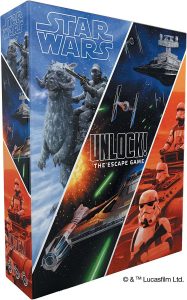