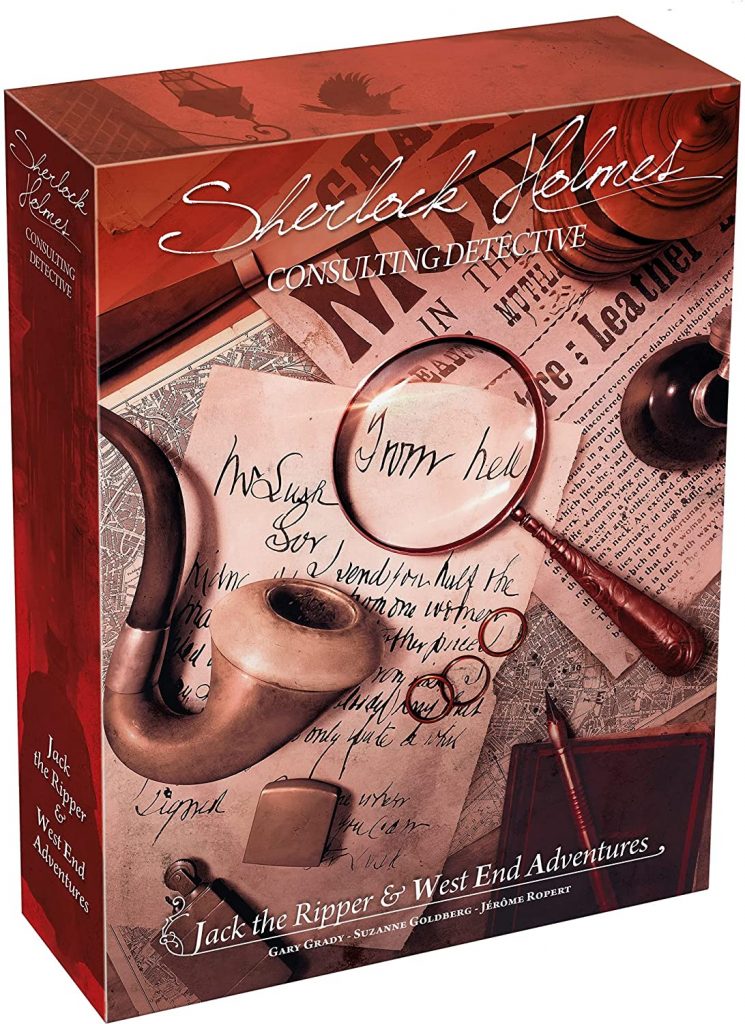 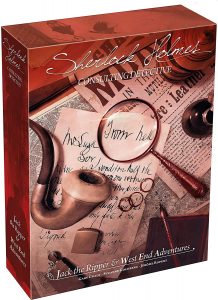 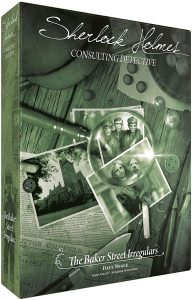 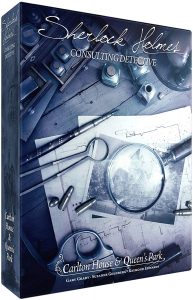 A one-time price of $56.95 will be added to your order.
16 Left in Stock
Maximum purchase amount of 2 is allowed
Categories: Games

Sherlock Holmes Consulting Detective is a co-operative crime-solving and deduction game for one-to-eight players. With ten cases to crack, you team up to explore clues, interview witnesses, scan the local press, and follow-up leads to get to the bottom of them.

Your goal is to present a theory that is as close to what really happened, and aim to do so using the fewest number of clues possible. You also get a special round of applause if you manage to do so faster than Holmes himself.

It can only very loosely be described as a board game, as the bulk of the experience is identifying clues, unearthing information, and theorizing among your fellow detectives.

With a map to track key character whereabouts, press cuttings to review, and a long address book of people to interview, there’s plenty to get your teeth stuck in to.

Age 12+ 1-8 Players
Return to the streets of Victorian London, but also venture into brand-new locations in the latest installment in the Sherlock Holmes Consulting Detective line: Carlton House &  Queen’s Park! Tackle ten more cases in either solo or cooperative play!

Age 14+ 1-8 Players
Sherlock Holmes, Consulting Detective: Baker Street Irregulars is a cooperative game. Players try to solve mysteries by interviewing suspects, searching through newspapers, and walking the streets of London for clues.  In Baker Street Irregular’s, ten brand new cases written by a British specialist of Sherlock Holmes,  players embody the Irregulars, the young kids helping the most famous detective ever during his investigations.

Age 12+ 1-8 Players
The Thames Murders and Other Cases offers ten thrilling cases, each one drawing you into the mystery surrounding a deadly crime in the world of Sherlock Holmes.