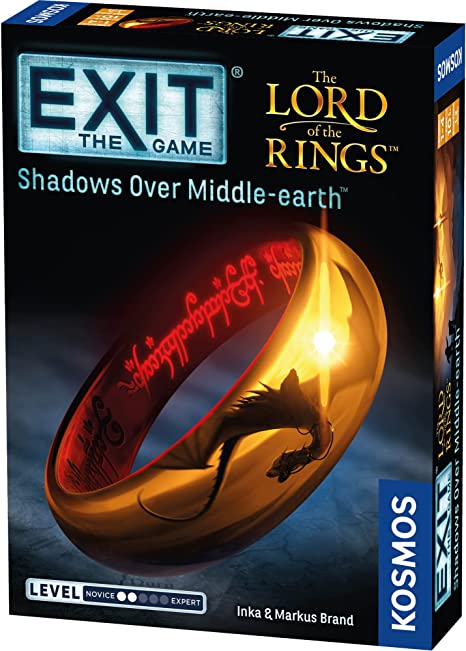 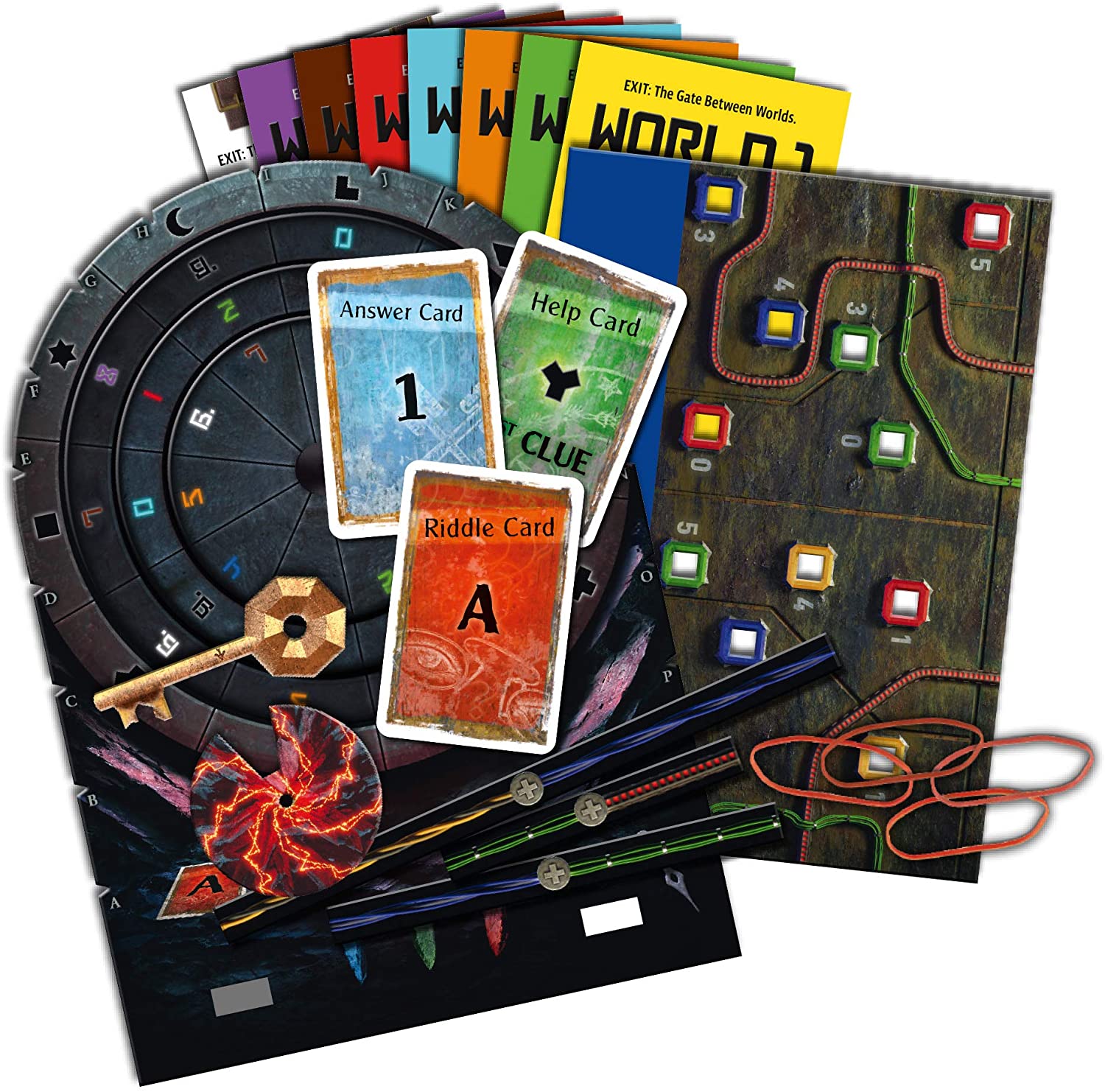 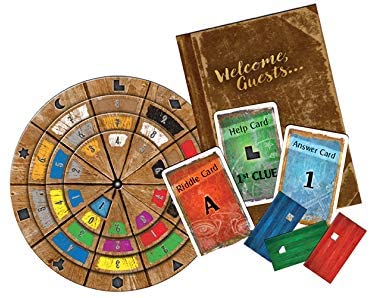 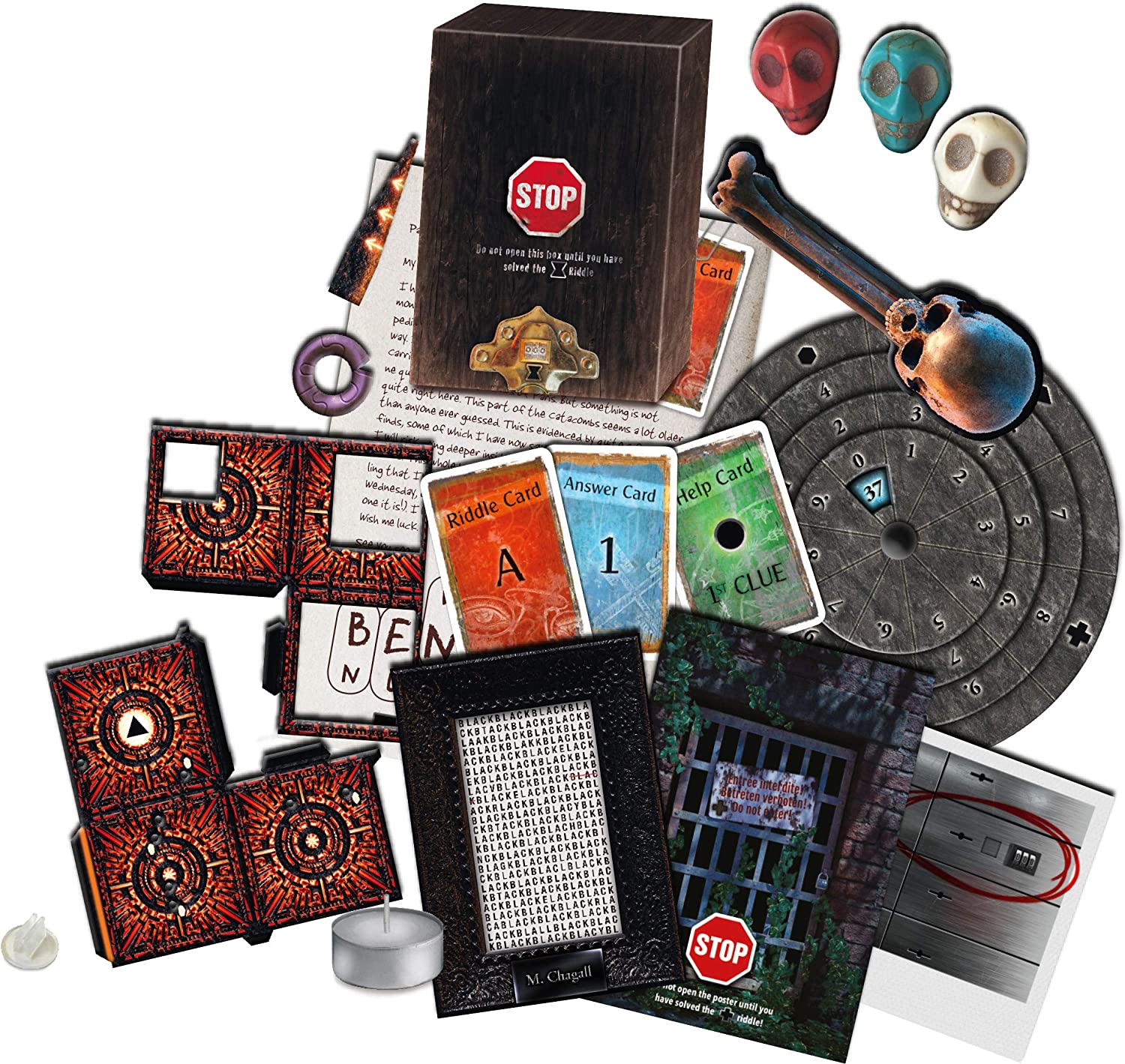 A one-time price of $14.95 will be added to your order.
74 Left in Stock
Maximum purchase amount of 5 is allowed
Categories: Games

These unique games are a thrilling way to encourage critical thinking and collaboration.  Players must use their team spirit, creativity, and powers of deduction to crack codes, solve puzzles, collect objects, and earn their freedom bit by bit. Modeled after the increasingly popular "Escape Rooms" around the country, in which players join forces to solve a series of puzzles using clues, hints, and strategy to escape from a locked room. Ages 12+. 1-6 players. 1-2 hours. Each kit is rated by difficulty on a scale from 1 to 5, 1 being the easiest.

Note: These games can be played only one time because you must markup, fold, and tear the game materials to solve the riddles and escape. 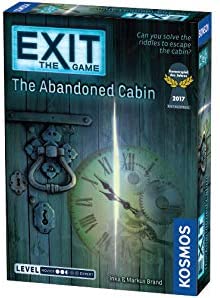 Exit: The Abandoned Cabin
After your car breaks down, you are looking for shelter for the night. Luckily, you find an abandoned cabin in the woods near the road. But the next morning, the door is locked! Iron bars on the windows prevent you from escaping. You discover a book and a strange disk... Can you solve the riddles left for you by the deranged cabin owner and escape the cabin? Difficulty: 2.5 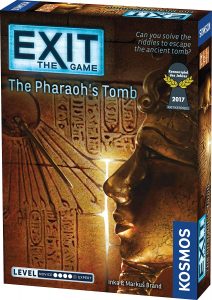 Exit: The Pharaoh's Tomb
The excursion to the Valley of the Kings is the highlight of your vacation to Egypt. As you crawl through the narrow passageways, you lose the rest of your tour group. You enter a mysterious burial chamber. A massive stone door closes behind you. On the floor lie a dusty notebook and an ancient disk... Can you solve the riddles left for you by an earlier pyramid explorer and escape the tomb? Difficulty: 4 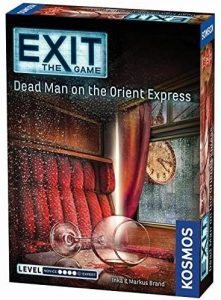 Exit: Dead Man on the Orient Express
A classic tale of murder on the Orient express, reimagined. The culprit of a grisly crime is still on board your train. It's a race against time to piece the clues together before the train reaches its destination. The case is perplexing, and you must solve it quickly so the assailant does not escape. Difficulty: 4 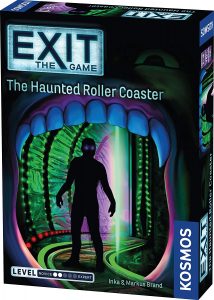 Exit: The Haunted Roller Coaster
Dark corridors, terrifying shrieks, bone-chilling monsters – sounds like a lot of fun, right? At least that’s what you thought when you decided to take a ride on the haunted roller coaster at the amusement park. But suddenly you are stuck in a really freaky place. The ride’s gates are locked tight in front of and behind you. You stumble upon a strange riddle… Can you summon up all your courage to solve the riddles and escape the haunted roller coaster?  DIFFICULTY: 2 out of 5 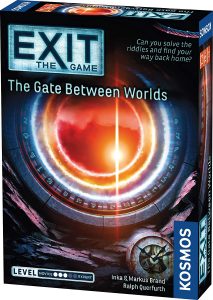 The Gate between worlds

You have followed an ancient map to a hidden cave which purportedly contains some kind of mysterious gate. Inside the cave, you find a large metal circle made of concentric rings embedded in the rock wall. You approach the gate hesitantly and touch it. To your astonishment, the metal rings can be rotated. Suddenly, everything goes dark around you. When you regain consciousness some time later, you are no longer in the cave, but in a bizarre new world. Where are you? And how are you supposed to find your way back to the world you know? Only by working together as a team, solving riddles as you travel from world to world, will you be able to make it home safely. 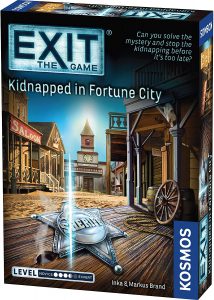 Criminal activity is rampant in the frontier town of Fortune City, and now the sheriff has disappeared without a trace. With precious little time to find him, players need to work together to solve the crime. Over the course of the game, your investigation will lead you through Fortune City, with clues and strange items to be found throughout. You will need to search for answers in the saloon, drugstore, gunsmith, post office, prison, and bank. But in a unique twist, you will decide the order in which you will visit these locations and who you will interrogate along the way. Together with your team, you will collect clues and evaluate the townspeoples’ testimonies. But will you get the answers you need to rescue the sheriff in time?

In the style of Dead Man on the Orient Express and Theft on the Mississippi, players must get to the bottom of a kidnapping in the Wild West in addition to solving all the riddles. 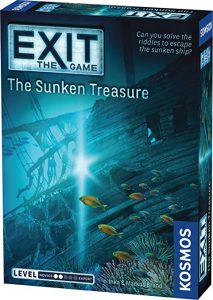 Setting sail for dangerous waters, you embark on a treacherous quest for the legendary treasure of the Santa Maria. While investigating, something goes terribly wrong and you are trapped deep underwater! Can you solve the riddles of the wreck and recover the treasure? 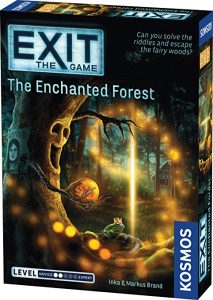 As you are walking over a bridge, it unexpectedly disappears behind you, and you begin to encounter strange fairytale creatures and even stranger puzzles. What's going on here — and how are you ever going to find your way out of this forest? 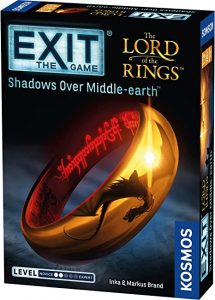 Hurry up, hobbits, because a threat grows in the land of Mordor where the shadows loom. Frodo and his companions have set out to save Middle-earth, and the fate of the free world is now in their hands — and in the hands of the players because the companions need help!

In Exit: The Game – The Lord of the Rings – Shadows over Middle-earth, the mighty wizard Gandalf has sent the players on a crucial mission, so they must embark on an adventure and fulfill his assignments for otherwise all hope dies. Together players visit the locations from J.R.R. Tolkien's "The Lord of the Rings", solve tricky magic puzzles, and support the companions against Nazgul, orcs, and other dark figures. 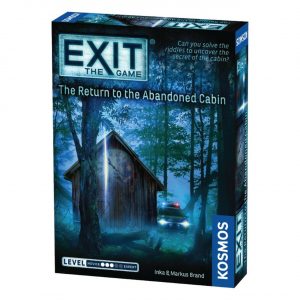 One ordinary morning, a police detective rings your doorbell. He asks you to come with him — to a cabin in the woods. You instantly know it’s the same cabin in which the sinister riddle master Dr. Arthur Funbeq locked you up a few years ago. Apparently, he has just escaped from prison. Now you’re headed back to the infamous cabin where it all began to help bring Funbeq down. The adventure begins … again!

A celebration of 5 years since the initial Exit game, The Abandoned Cabin! 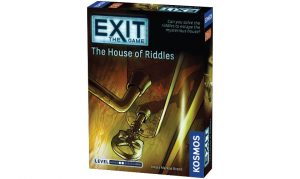 EXIT: The House of Riddles

A mysterious invitation leads you to a house of riddles. But when you arrive, you find everything looks abandoned. With a bang, the front door slams behind you. You are trapped! What's going on here? Will you be able to crack the case and find your way out of the house? 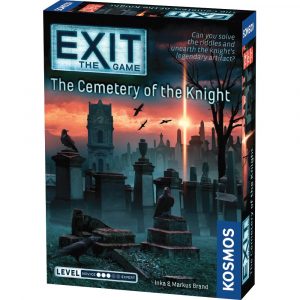 The Cemetery of the Knight

According to an old legend, a priceless red ruby ​​is said to be hidden in the tomb of Sir Reginald Wreston and it can only be found when the moon is at just the right angle in the night’s sky. The problem is, the moon is only ever at the right angle at midnight on a specific night once every 87 years! But guess what? Tonight is that night! Up until now the crypt has remained sealed, and over the course of centuries, no one has ever succeeded in opening it. “Who knows what might happen tonight ” you think to yourself as you make your way into the darkness. Will you and your group of curious treasure hunters have what it takes to finally solve the mystery and uncover the coveted gem?