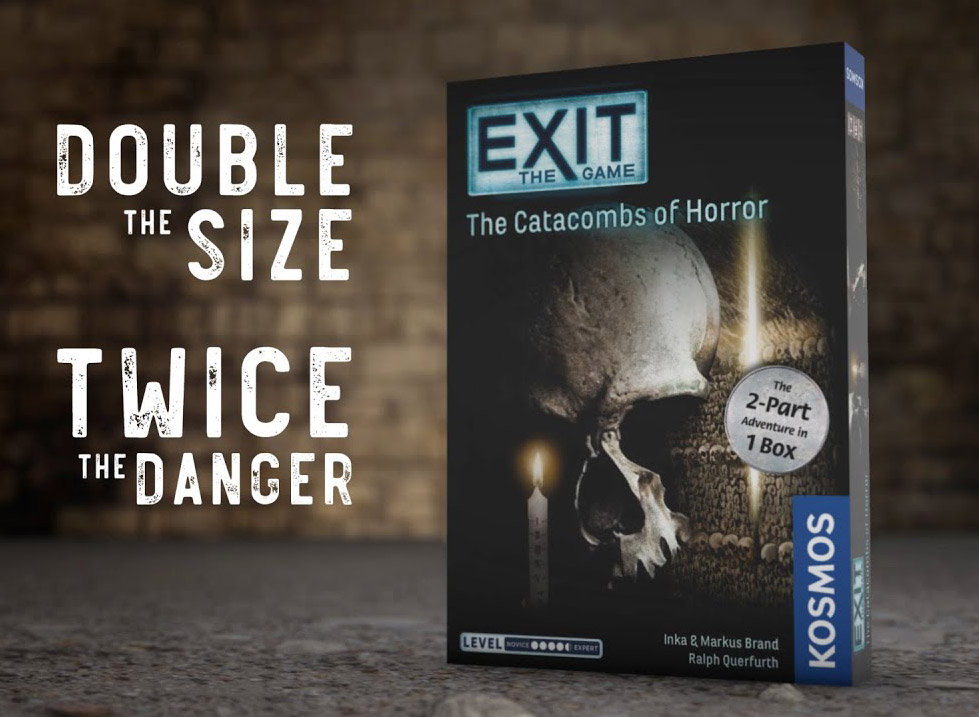 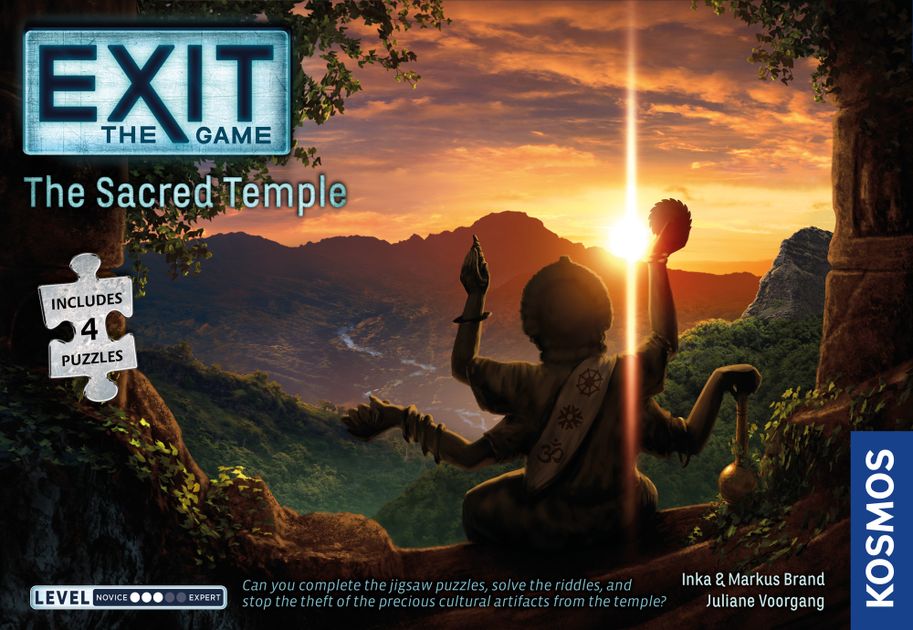 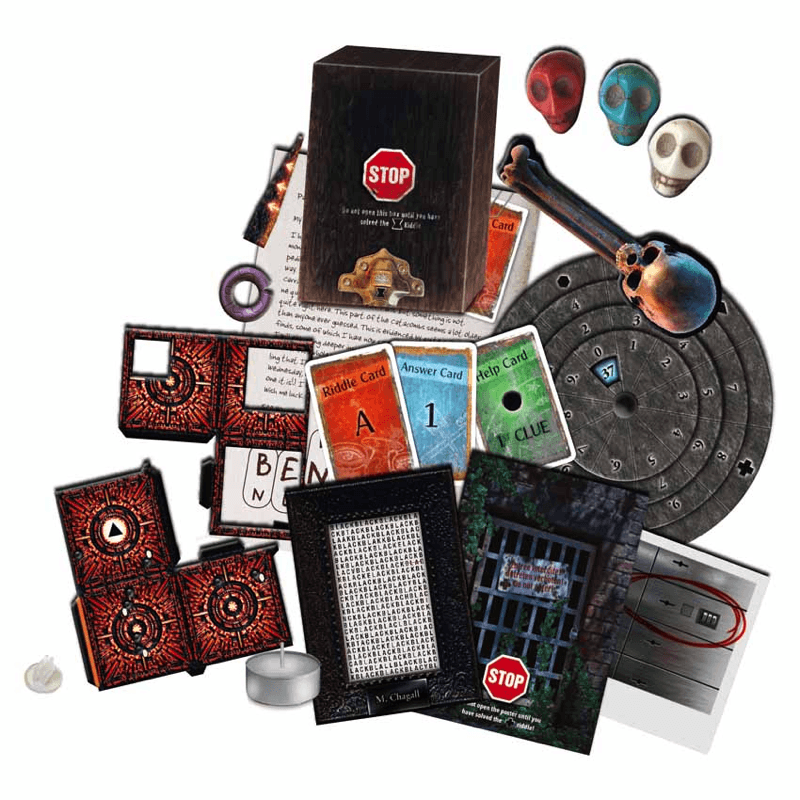 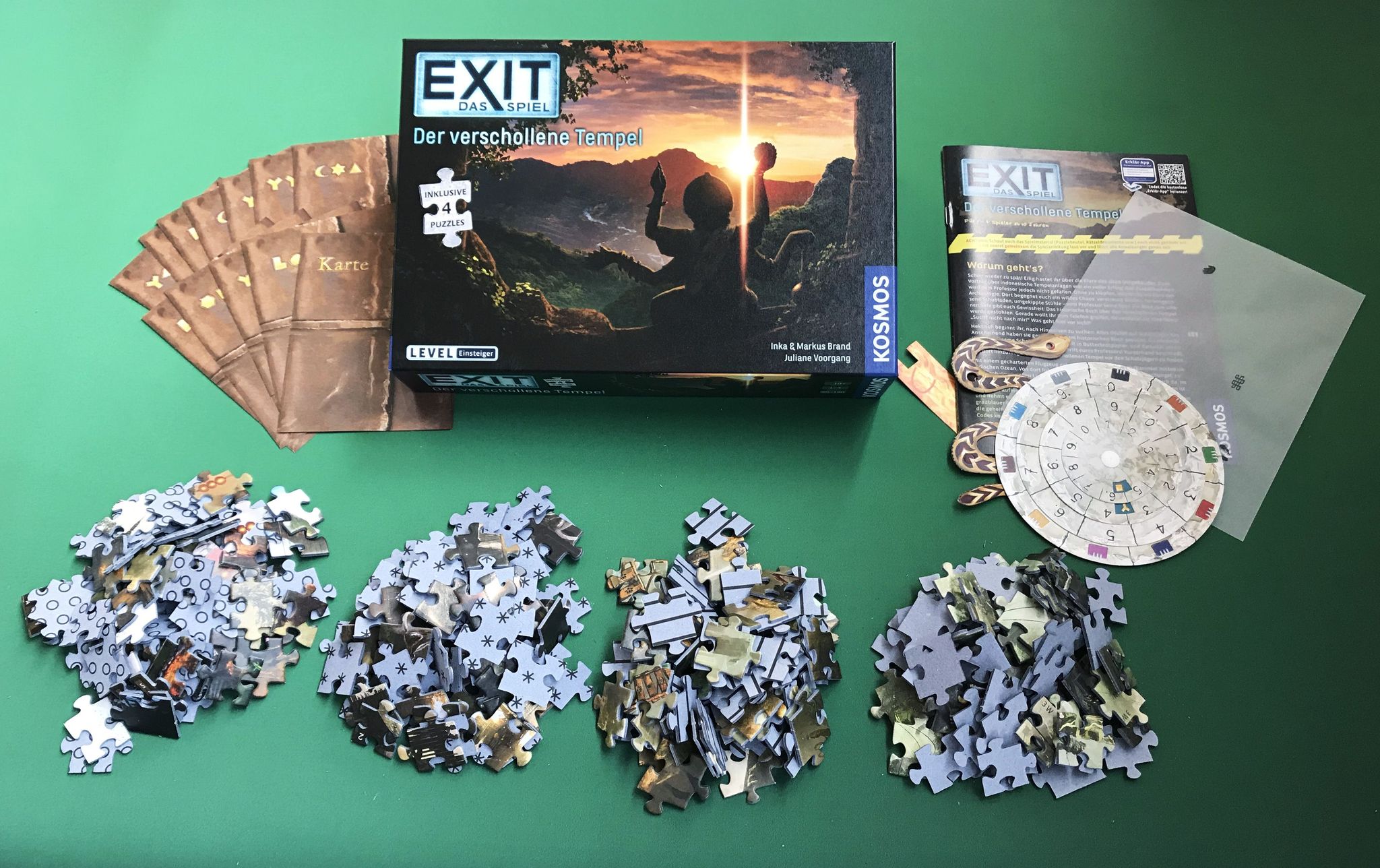 A one-time price of $24.95 will be added to your order.
9 Left in Stock
Maximum purchase amount of 2 is allowed
Categories: Games

These unique games are a thrilling way to encourage critical thinking and collaboration.  Players must use their team spirit, creativity, and powers of deduction to crack codes, solve puzzles, collect objects, and earn their freedom bit by bit. Modeled after the increasingly popular "Escape Rooms" around the country, in which players join forces to solve a series of puzzles using clues, hints, and strategy to escape from a locked room. Ages 12+. 1-6 players. 1-2 hours. Each kit is rated by difficulty on a scale from 1 to 5, 1 being the easiest.

Note: These games can be played only one time because you must markup, fold, and tear the game materials to solve the riddles and escape. 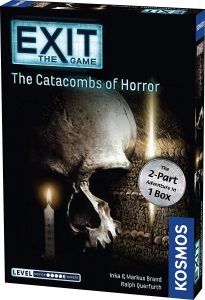 Exit: The Catacombs of Horror

Gloomy crypts lie under the city of Paris. The catacombs swallow light, secrets, and – apparently – also people. After the mysterious disappearance of a friend in the catacombs, you and your team embark on a search into the catacombs. Making your way through the puzzling underground labyrinth in search of answers, what will you uncover in the depths? Will you be able to find your friend in time and escape this cavernous world of darkness?

This double-sized EXiT game is presented in two separate parts.  DIFFICULTY: 3.5 out of 5 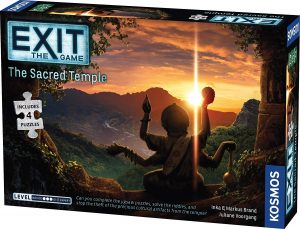 The Sacred Temple with Jigsaw Puzzles

In EXIT: The Sacred Temple, you are racing through the jungle on a small island in the Indian Ocean, trying to save the professor and find the Sacred Temple before the treasure hunters do.

Only this time it’s different because there are riddles within riddles hidden within puzzles. Like other EXITs before it, this game has no game board! But it also has no cards; instead, in this new addition to the EXIT series, there are four puzzles, which you will find during play and assemble one section at a time, one puzzle after another. Each puzzle creates an image that will show you what you need to find in the game and what each room looks like.

At the start of the game, all you have available to you are the puzzle bag containing pieces with a grayish-blue back and no pattern, and the decoder disk. But there are also strange items to be found within the game that may be used to help solve the riddles found in each of the puzzles.

The game ends when you have solved the last riddle and saved the Professor and the Temple!  Difficulty Level: 3 of 5.